The roundabout in Kirchhorst, Lower Saxony, was planned with the aid of 3D visualization in order to give the local council an additional decision-making tool.

The town of Kirchhorst lies north-east of the Hanover-Kirchhorst motorway intersection. An intersection of up to six lanes controlled by traffic lights is at the south-western corner of the town. Due to changes in traffic patterns, this intersection is now larger than required and as such, maintaining the traffic lights no longer makes financial sense. And so in future a roundabout is to take on the task. Besides excellent driver safety, roundabouts cost less to maintain. 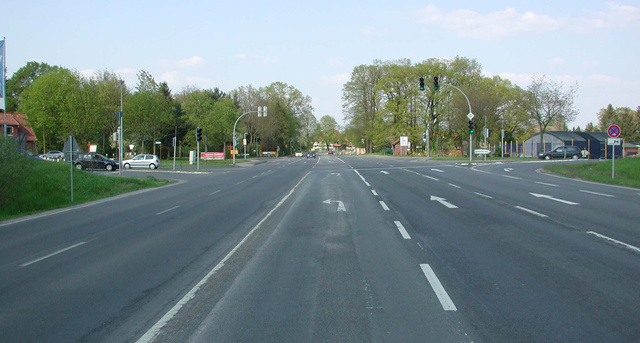 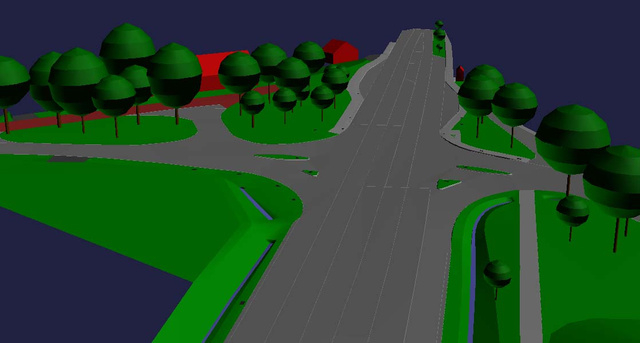 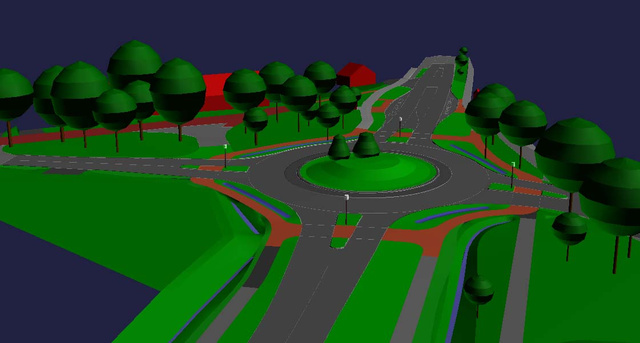 The roundabout, including its vertical and horizontal alignments, was planned using card_1 Version 7.7. This was followed by the generation/intersection of digital terrain models of the existing conditions and the new design. As each colour of the colour-3D display required its own model, the DTM, derived from the "Base Map from Cross-Sections" module, was split into models of different colours. With the help of the cross-section designer, additional road furniture, such as street lamps, trees, manholes and drains, could be generated and also presented as models.

The project was imported into Version 8.0 and then the spatial view of the planned roundabout was created using the 3D Project View module. Using the mouse, the 3D display could be moved and tilted, allowing planners to view the design from any perspective. Besides the birds-eye view, there's also the mole-perspective which allows the road drainage system to be viewed from below.

Besides digital terrain models, points, topographic lines, trees and point clouds from laser scanner logging, the current version also makes visualizing cross-section lines from the existing conditions or plans possible. Such complex data preparation as previously described is no longer necessary. With Version 8.2, you can create the desired 3D display at the click of the mouse.

card_1 eView is ideal for presenting your plans. The excellent zoom function and measurement tools, in particular, mean eView is the tool of choice for public presentations and demonstrations to clients. The project is currently being prepared for the project approval procedure. Planning could become reality from 2009.