Abu Dhabi, the capital of the United Arab Emirates, is investing heavily in traffic infrastructure projects with a view to becoming a metropolis with an environmentally friendly and sustainable world-class traffic system. This traffic system is also designed to meet Abu Dhabi's unique economic, social, cultural and ecological demands. By 2030 this rapidly growing metropolis will have a population of over 3 million citizens. 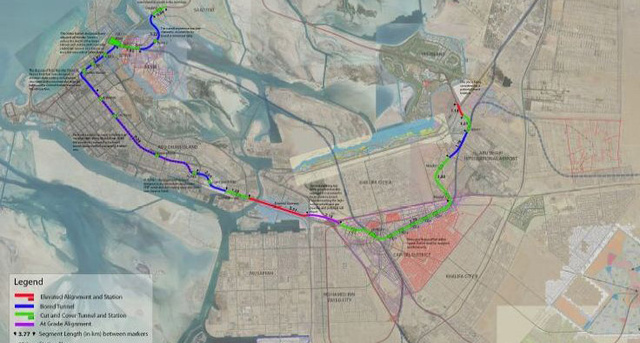 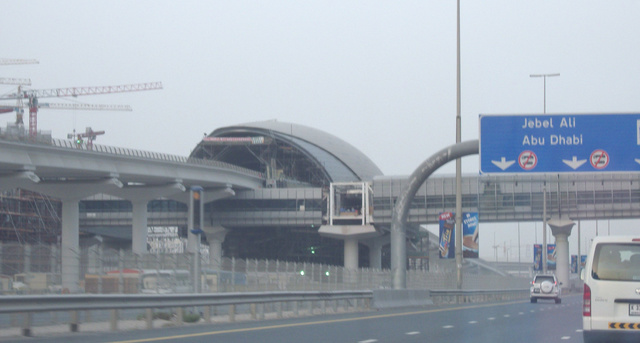 The overall concept, the Surface Transport Master Plan (STMP), is to be executed step by step up to the year 2030.
Building the Metro as quickly as possible - the first phase of the Metro should be operational by 2015.

The STMP is the Department of Transport's (DoT) detailed framework which will be executed step by step up to the year 2030. 130 kilometres of metro, 340 kilometres of tram and 580 kilometres of high-speed regional train tracks are planned just for the rail-bound public transport.

Capital-intensive projects like metro, tram, and regional rail will be phased to enhance mobility around existing population centres first.

The first phase of the Abu Dhabi Metro should be operational by 2015, the tram's first phase as early as 2013. The regional train will connect metropolitan Abu Dhabi to the outlying areas of the Emirate, to the northern Emirates and to Dubai. It could link up with the Metro Dubai's red line (see also Dubai gets a new local train).

It is also planned to optimize the existing main artery and connecting roads as well as to provide park & ride facilities.

The use of buses is encouraged and the bus network is continuously being expanded, especially as the services are highly appreciated.

Dubai's RTA-Rail Agency has already used card_1 to check the route data of its designs. Now Abu Dhabi's Department of Transport is following suit and using the surveying and design software from Norderstedt, Germany, to quickly and accurately assess the route data provided by the engineering offices involved.

The STMP will elevate the Abu Dhabi metropolitan area onto the global stage, enabling it to position itself as a premier Arabian city.