Planning the M-4 in Russia

The Russian M-4 is a highway connecting the capital of Moscow to the Black Sea coast via Voronezh and Rostov-on-Don. Parts of this major north-south connection are to be revamped and some sections upgraded to a motorway. This is a pilot project in which Russian and German infrastructure planners are working together on one section of the designs, following German guidelines and Russian principles. One of the project's aims is to compare principles of route planning, especially in terms of road safety. And right in the thick of things - card_1 software. 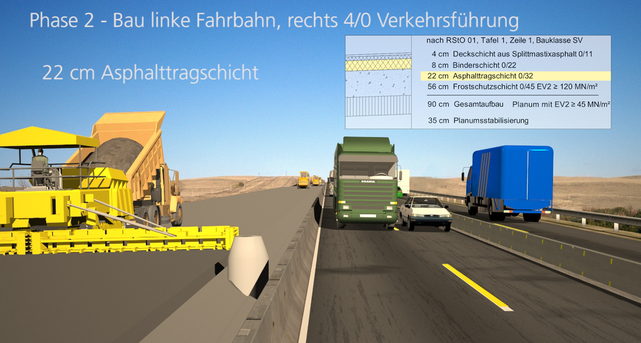 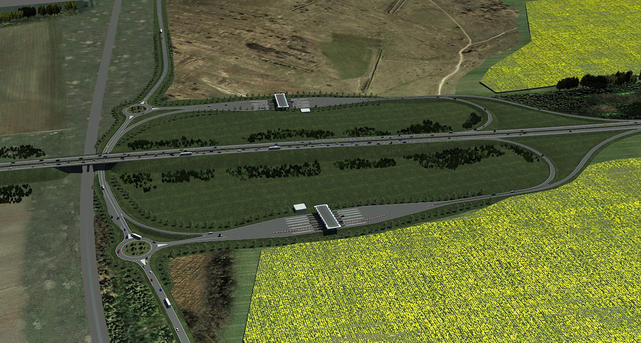 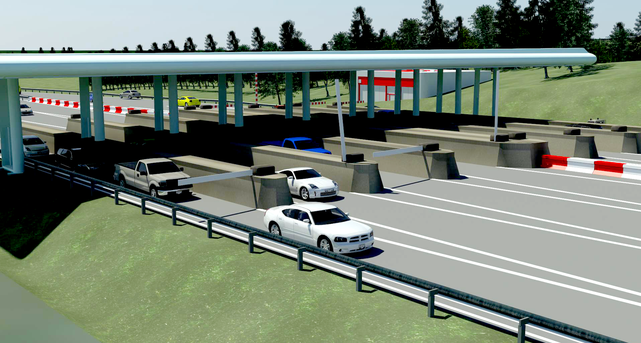 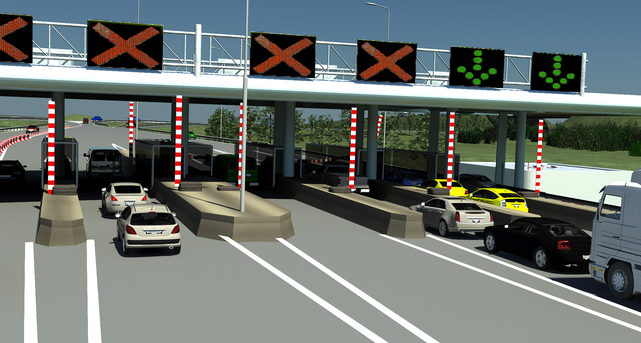 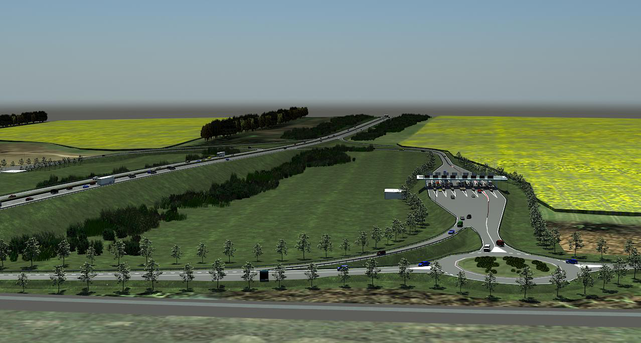 The Bauhaus University, the Dr. Hutschenreuther Institute and the Ingenieurgruppe BEB, all of Weimar, have each maintained a close working relationship over the years with The Moscow Automobile And Road Construction State Technical University (MADI) in the field of traffic infrastructure planning and development.

This, and various acquisitions by the Ingenieurgruppe BEB Weimar and the engineering office of Dr. Wenzel Erfurt, served as the basis to start the 2009 talks with the State Company Russian Highways (Avtodor) to work together on a roadworks project.

Between 2009 and 2010 the German partners, represented by the Ingenieurgruppe BEB as chief contractor, produced many draft designs of the motorway, all according to German planning law.

The 2009 talks resulted in the chance to submit a joint tender with the Russian Planning Institute for Infrastructure Construction Projects Stroiprojekt St. Petersburg. This bid, to design, in parallel, sections of motorway in south-eastern Russia was used as the basis of a public tender issued by Avtodor to award the successful bidder.

Russia's motorway network is still in its infancy. The M-4 highway is 1,436km long and mostly four-lane. Parts of it need to be widened to six lanes to cope with the increasing volume of traffic. This means re-engineering the existing junctions and introducing toll booths along the motorway sections. The designs described here are of an area to the north of Rostov-on-Don in the Rostov Oblast (region). The section designated as 'joint planning task' is along the north-south Moscow - Black Sea route from the 993rd - 1024th kilometre.

Engineer Bernhard Blümel of the Ingenieurgruppe BEB GmbH has been appointed contractor and commercial manager. As such, he represents the German planning group and is the Russian engineering office Stroiprojekt Moscow's contract partner. The project's overall technical leadership is provided by Dr.-Ing. Joachim Wenzel of  Ingenieurbüro Dr. Wenzel GmbH Erfurt.

The task was clearly laid out in the contract and stipulated, among other things, the following:

The planning institute Stroiprojekt was assigned the task in line with Russian planning regulations. For the Russian partner, the task's central component was the evaluation and comparative presentation of the Russian and German results to Avtodor. The roadway was to be planned based on an analysis and forecast of future traffic flows. These contained the traffic survey data for the main and neighbouring sections of the road extension, an appraisal of the current conditions and projected traffic flows. This work was completed by the Bauhaus University of Weimar together with the engineering office  Ingenieurbüro JAVIDO GbR, also of Weimar. The results of the Russian and German traffic forecasts led to different recommendations regarding the extended M-4's future cross-section. The Russian planners proposed a six-lane cross-section for the M-4, while according to German planning regulations, four lanes would be sufficient.

As part of 'standard practice' in German road planning, plans were made for dealing with surface water, positioning rainwater retention basins and incorporating existing run-off facilities. Designs for the junction connecting the M-4 to the M-21 and the intersections of other major roads near large cities were also an important part of planning the road. A further element of these parallel road designs was the comparison of dimensioning methods in terms of Russian and German regulations. Based on dimensioning according to both the German RStO 01 and Russian planning regulations, considerable differences in structuring the superstructure were discussed. To demonstrate the differences, excerpts from the standard cross-sections are displayed. Of particular note are the differing lifespans of the superstructure required by German and Russian planning law. German planning law stipulates a 30-year lifespan for surfaced superstructures while Russian law aims for 18 years. The excerpts show the Russian superstructure construction method to have a higher number of layers, each with varying materials requirements. These differing layers are based on a calculation of load/stress conditions at various depths within the superstructure. The load/stress calculations, completed according to Russian planning regulations and based on models of equivalent load values for layers of differing materials, are comparable to the dimensioning methods according to German RDO planning law.

As a result of the traffic infrastructure designs, future road use based on projected traffic flows for individual road sections and junctions were visualized. Such visualizations also served to evaluate each junction's shape and aided planners when deciding on design details in relation to connections to secondary road networks.

The German engineers presented the design results for their sub-sections of the planned motorway according to the German guidelines (results of the preliminary and detailed designs) to the contractor. When compared against Russian planning regulations, there were qualitative differences in the design of traffic infrastructure and, naturally, in the design of any elements connecting it to secondary road structures.

When looking at the secondary road structures designed within the German remit, the Russian partners attached particular importance to the designs and justification of the carparks and carpark facilities. It's worth noting that besides the usual functions of petrol stations, parking and resting, carparks along motorways in Russia also provide  garages for breakdown and accident repairs plus shopping facilities.

In 2011 Avtodor decided to adopt individual elements of German planning regulations when drawing up the plans for the M-4 upgrade. As a result, the revised Russian designs underwent expert assessment. Such assessment is comparable to German planning permission processes, albeit with different assumptions and conditions.

Only the creativity within the German planning group and the atmosphere of fair and helpful cooperation with their Russian colleagues and contractors made it possible to achieve this task within such a short period and within such a defined scope.