You are here Product / Project Samples / Rail Planning in Hungary

The InfraPlan Eisenbahn- und Straßenplanung AG has been using the surveying and design software card_1 since 2003 and in that time has designed many major stretches of Hungarian railway. They are currently working on upgrading the  Szajol-Püspökladány train line, a large-scale project due for completion in October 2015. 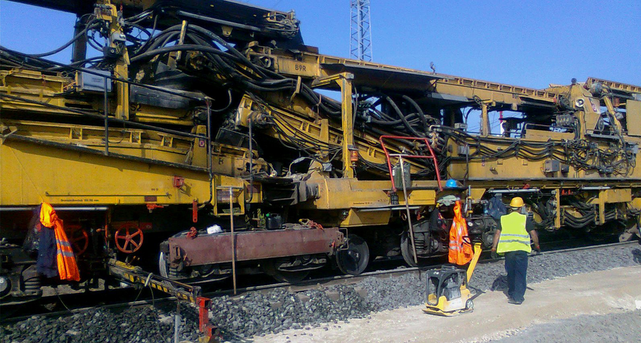 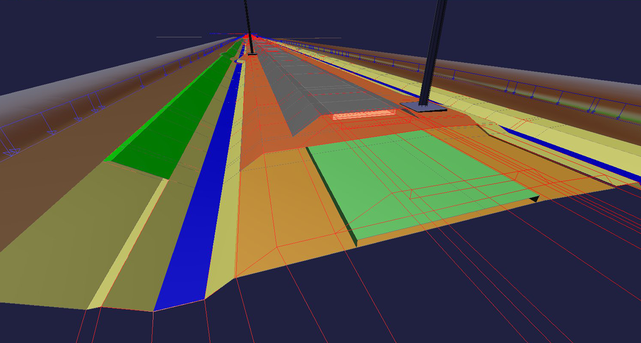 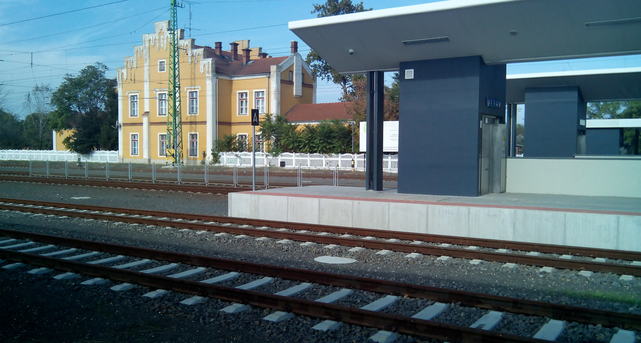 A ballast cleaner clears the track bed.
Single-track route with drainage on both sides in the 3D project view.
Island platform between two tracks in Törökszentmiklós.

The train line between  Szajol and Püspökladány, an east-west connection in central Hungary, is the alternative route for the 5th pan-European traffic corridor. Re-engineering the 67km long, two track train line began in 2011 and should be completed this year. The renewal of this stretch of the Hungarian State Railways aims to improve the line's technical capacity in response to the speed permitted on the line having risen to 160km/h and the load per axle to 225 kilo-newtons (kN). There are five stations, five grade-separated intersections, 25 level crossings and 30 other engineering structures along the line. This alone demands a high level of planning capacity.

As part of the general planning, InfraPlan AG was responsible for providing all the planning documents required by the specialist planners to complete the upgrade and for drafting the documents for awarding additional contracts. The design's complexity was such that 29 engineering fields were involved and 22 subcontractors had to be brought in. The planning tasks involved drafting:

InfraPlan was also in charge of steering and organising the planners' work and managing the technical, legal and financial issues arising from this work. The track closures agreed in the overall work schedule were taken into account in the plans so that changes could always be incorporated if necessary.

The modular architecture and high level of flexibility inherent in the card_1 system are a huge advantage when it comes to translating project plans into construction reality. In this phase especially, engineers must be able to react quickly, flexibly and reliably to constantly changing project parameters in order to present the best solution at any given time. Using card_1's parametric functions, the ballast and the sub-grade design and the railway structure drainage can easily be managed even in particularly complex situations – an important feature in this project phase. card_1's in-built features guarantee a significant reduction in the amount of time typically spent planning, allowing more time for thinking about construction processes such as quantity calculations or machine use. The range of possible solutions is determined by the project's requirements. Planners can – on a case-by-case basis – optimise either the vertical alignments or the entire construction material requirements. This work phase generates the specifications for running the various machine types (PM, RPM, AHM). This makes it relatively simple to employ the most cost-effective option available for each stage of construction. Additional experts should, of course, be consulted for an exact evaluation, such as geotechnical engineers and construction workers.

InfraPlan is the only company in Hungary to have conducted research with a so-called light drop weight tester (geophone) in order to examine the link between earthwork density and the load-bearing capacity of earthworks. Based on this analysis, a new dynamically functioning diagnostics tool has been developed. The tester is equipped with external sensors, is light and portable and only needs a few minutes for each measurement. It strikes the ground in such a way that it emits waves three to four metres deep. The signals are reflected back from the ground and then recorded, from which a realistic picture of the ground's condition can be made. With the help of their own measurement software, developed in-house, a recommendation can be made on the excavations. This is where card_1's visualization of results comes in handy. InfraPlan took around 5000 measurements along the planned railway route before construction started and after its completion. Their results benefited the project's planning phase, maintenance and operation. This technology can be put to good use in other areas of infrastructure planning such as mapping the existing conditions and assessing roads or other substructures.