You are here Product / Project Samples / Kinshasa - Redesign of the Route National No. 1

Kinshasa - Redesign of the Route National No. 1

One of the most important tasks in civil war-stricken Congo is extending the traffic route network. As part of the redesign of the RN1 from Kinshasa to Matadi, Gauff Ingenieure GmbH was awarded the contract to plan and to prepare the project tender. The design and execution planning of the 7.5 km connecting road between the RN1 and the deepwater harbour in Matadi was also part of the task. The project is being financed by the World Bank. 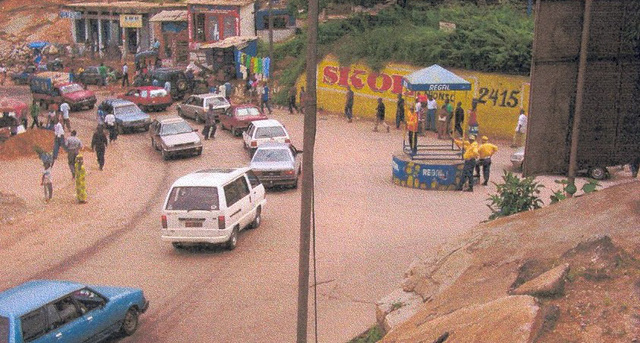 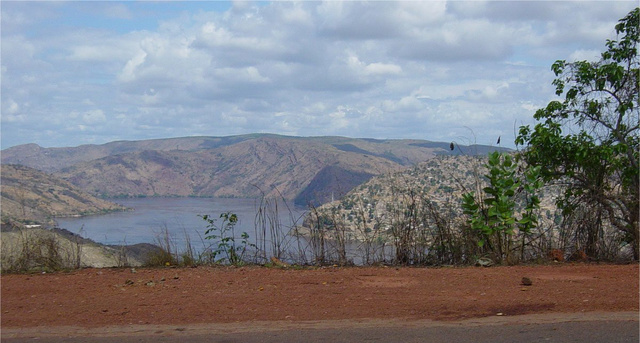 The RN1 is the most frequently used arterial road.
View towards the deepwater harbour in Matadi.

The RN1 is the most important arterial road of this African country. It connects the capital city and its immediate hinterland with the harbour in Matadi. This is the country's most important harbour and the only direct access to the sea. The road extension means a significant improvement especially for the increasing traffic. Over wide sections there is hardly any tarmac left or it does not exist at all. The traffic drives over rocky ground instead. The harbour access road is extremely steep. The road surface consists of slabs of concrete which are mostly broken. The drainage ditches to the left and right of the route are blocked through erosion or simply just destroyed.

The cross-section structure carriageway, hard shoulder or parking bays are not recognizable over wide areas.

The existing road surface was to be repaired where possible to keep the costs low. Within the city no changes to the adjoining buildings were allowed. In order to meet these requirements, a detailed tacheometric survey of the road was performed. The engineers then produced base maps on a 1:1000 scale.

The newly-planned alignment followed the existing road alignment. The vertical alignment, too, had to remain unchanged in most parts. Thus the position of the planned road cross-section was set. card_1 really showed its strength when designing the cross-sections. Optimal solutions were quickly found for the different extension variants: new design - repair - tarmac and concrete resurfacing. The corresponding substructures were also taken into account.

Once the project work was finished, the plan layout could easily be adapted to suit the client's and local requirements thanks to the flexible features of card_1. The individual quantities could easily be derived from the detailed planning documents.

A working infrastructure as well as a stable political situation are two of the most important requirements to rebuild the country. Gauff Ingenieure has made a significant contribution with their work.