Good and fast – mobile laser scanning on the A7 motorway

The PRO-Survey Ingenieurbüro für Vermessung was awarded the contract to log and evaluate the existing conditions of a 67km stretch of the A7 motorway between the junctions Hamburg Nordwest and Bordesholm. They were only given four weeks for the job. Their solution to this demanding task? Mobile laser scanning in combination with the surveying and design software card_1. 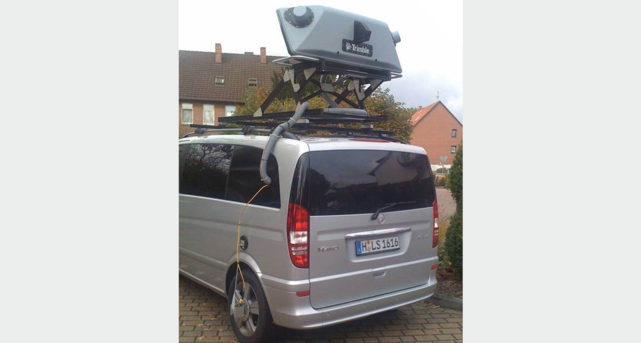 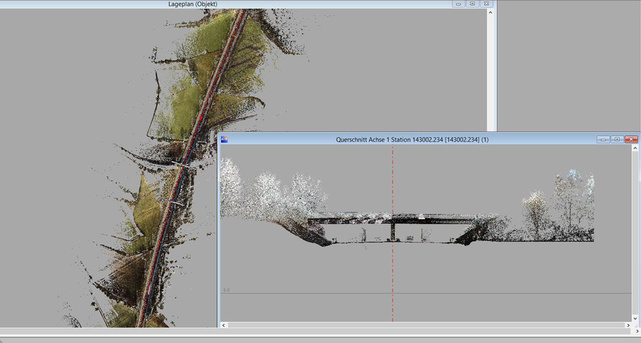 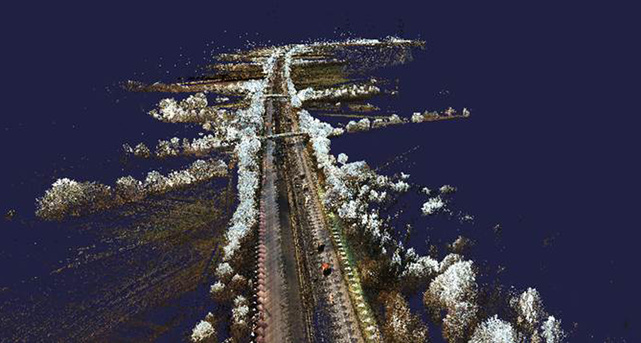 The Trimble® MX8 is a mobile data logging system designed for precise recording of spatial data.
Base map and cross-section view of a bridge construction site.
3D-Project view of a coloured point cloud.

The A7 is not only the longest motorway in Germany, it is also one of the most important thoroughfares connecting north and central Europe. In order to maintain it as an efficient and attractive route it must constantly be extended and upgraded to meet the steadily increasing traffic volume. The A7 between the Hamburg Nordwest and Bordesholm junctions is one of the sections needing most urgent attention. It is to be widened from four to six or sometimes eight lanes in what is to be an Availability Payment PPP model.

The so-called availability model consists of the extension, maintenance and operation of a motorway by a private investor. It is paid for according to availability and quality of execution by the state.

The need for surveying

In the course of the award procedure each bidder requires data on the existing carriageway conditions on the basis of which they design their construction plans. A working group of engineering offices PROSurvey and MAV Anders was hired to log and prepare this data, providing data on the existing terrain as a DTM. In addition, they were required to deliver cross-sections at 20cm intervals and a 360 degree video drive including all relevant information, such as motorway kilometrage.

The A7's existing conditions were to be logged between the 83rd and 150th kilometre. This included two motorway junctions, 20 connecting roads and ten parking areas, service stations and rest stops. A total of 41 bridges were also part of the job. They had four weeks to deliver the data on the main stretch of motorway.

This tight deadline meant the usual surveying methods were out and a Mobile Laser Scanning System (MLS) was in. The company Trimble®'s MX8 system was used to record precise spatial data, which was then processed using the surveying and design software card_1's powerful point cloud module. Before commencing the video drive each control point's location (at 300m intervals) was determined and the motorway divided into logical sections. This was particularly important in light of the enormous volume of data generated by such surveying.

Recording the data while driving the A7 and all relevant secondary roads took three days. This resulted in 326 individual scans each containing ca. 6 million points, meaning a total volume of two terabytes for the video and scanning data was saved.

It's easy to underestimate the time needed to prepare the raw scanner data. The MLS delivers:
Dense point clouds with
•    High-precision vehicle positioning and alignment
•    High-resolution digital images
•    The individual data processed in such a way that geo-referenced point clouds can be generated.

Such processing and the subsequently required analysis and interpretation of raw data is achieved by TRIDENT ®, Trimble®'s software packet. The resulting point clouds are generated in the LAS format for further processing in card_1. In addition, a customer-oriented TRIDENT-Viewer project is created to show all recorded data such as videos and point clouds. The customer cannot, of course, actually plan with this visual data – for that he needs card_1.

card_1 software has many filters with which to import point clouds, and now, in the latest version, this also includes the common LAS format. Uncommon formats can also be imported with the help of CardScript, a programming language integrated into card_1 which is extremely useful when processing point clouds. It allows users to join individual point clouds for instance, or to transform data from UTM to GK.

It took a little longer, but this task was easily achieved using card_1's internal transformation module and the state of Schleswig Holstein's external transformation solution. It must be said though, that out of a multitude of point clouds in the end only six large ones were generated – each containing ca. 500 million points. In order to keep the data volume under control we worked closely with IGM Interaktiv Grafik Milde GmbH, our sales partner from Bannewitz, and decided to generate the terrain data from cross-sections at 10m intervals. An easy to use and, with CardScript, an extremely adaptable module is available in card_1 to calculate cross-sections from point clouds. It gives users many settings with which to optimally display the terrain in cross-section. Each individual profile can be visually checked for plausibility and if necessary manually adjusted. It may be a lot of work, but it guarantees data purity. While checking the cross-sections the carriageway edge was also given points and point numbers. The carriageway edge could be generated with the help of the "Base Map from Cross-sections" module and the DTM using the "DTM from Cross-sections" module. Alternatively, the DTM could be generated using similar methods like those in cross-section development ("lowest point"). Checking and adjusting with these methods, though, is not equally easy.

card_1 is definitely the software of choice for this future technology, already routinely used by engineering offices. It's ability to manage huge point clouds plus the added benefits of the programming language CardScript have certainly taken the trepidation out of point cloud processing.

MLS currently has the following limitations:
•    Modern, fast computers are required to process such huge data volumes
•    It cannot completely replace classical surveying
•    Using MLS in heavily forrested or vegetated terrain leads to errors
•    Precision is heavily dependent on GPS accuracy (shadowing effect etc.), but can be influenced by astute placing and spacing of control points
•    Processing the huge data volume is extremely time-intensive (transformation, joining the point clouds). It's difficult to estimate this "waiting time"